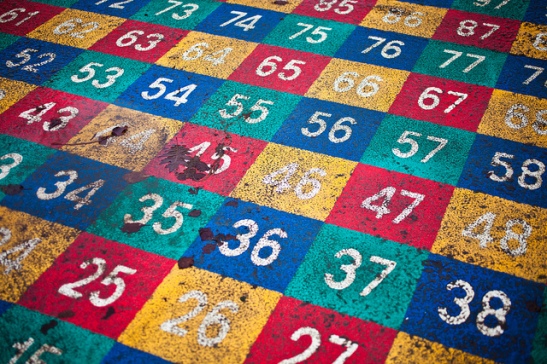 The word digit comes from the Latin digitus, which meant “finger or toe”. Today, we still use the word digit to refer to our fingers, but can also use the word to refer to a number. Most humans have five digits on each hand and foot, each with a different name in English. On the hand we have a thumb, index, middle, ring and little finger. On the foot, we have a hallux, long, third, fourth and fifth toe. The first term is new to me. The bones which make up each digit are called phalanges (phalanges is plural, the singular is phalanx), which means this makes more sense (kind of):

Humans have three phalanges in each digit except for the thumb and hallux, which each have two. In your fingers, the phalanges are called, in order from nearest your hand to furthest away, the proximal phalanges, the intermediate phalanges and the distal phalanges.

It is generally accepted that we count in sets of 10 because we have 10 fingers. Had our ancestors only had 8 fingers or perhaps 12, we might use a different base system for counting today. Of course different cultures over the years have tried out different counting systems. The mayans for example used a base 60. And even today, not everyone counts using the 10 fingers. Some Asian cultures, for example, count to 12 on one hand, using the thumb to touch each of the three segments on the remaining four fingers. In Papua New Guinea, the numbers from 1 to 33 can be counted on different parts of the body, with the left testicle representing number 31, the right testicle number 32, and you can probably by now guess number 33. As the Guardian has pointed out, the different ways in which we count have raised questions of embodied cognition, and whether the variations in counting across cultures can influence the way we think about numbers. Those familiar with Scott Thornbury may have heard him talk about embodied cognition recently. You can listen to Scott talking about it briefly here. And Thornbury tweeted out the following last year:

While using the base 10 counting system might seem so familiar to us today because we’ve used it all of our lives, it does cause a number of problems. Fractions for example are difficult. I mentioned this briefly in my post on Roman numerals, where the Romans separated a single unit into 12. This makes working things like 1/3 pretty straightforward. In the UK, and other countries, weights and measures are also still done in 12s.

In fact, there are even proponents (although I’m not sure how serious they are) of adopting a base 12 counting system. The base 12, also known as duodecimal or dozenal, would certainly make some sums much easier. The duodecimal system includes 12 digits as opposed to the 10 we have in decimal: The familiar 0-9 are still there with two extra. There have been a number of suggestions for how to represent these additional two digits. ‘A’ for 10 (in decimal) and ‘B’ for 11 (in decimal) are one option. ’10’ then refers to 12 in decimal. Another alternative is to use ‘T’ and ‘E’. Isaac Pitman, a mathematician from the 19th century, suggested two new characters: 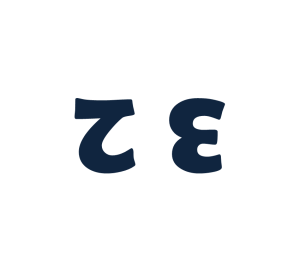 Look somewhat familar? Try standing on your head. They’re just the numbers 2 and 3 turned upside down. Another alternative that has been suggested is:

You can read more about the arguments that people put forward for using the duodecimal system here. Although, as the article suggests, any change now will be highly unlikely.

Finally, one final bit of interesting information is about the counting systems used in cartoons, more specifically, the Simpsons. It’s well-known that the Simpsons only have 8 fingers, yet they still count in base 10. In his book, The Simpsons and Their Mathematical Secrets, Simon Singh offers up an explanation. He says that just like the people in Papua New Guinea use different body parts to count to 33, so too The Simpsons might originally have used their 8 digits and and an additional two limbs. But perhaps a more convincing argument is that there is one character in the Simpsons (and only one) who has 10 fingers. And because of this character, the Simpsons use base 10. Can you guess who it is? Answers on a postcard. Or alternatively you could by the e-book, which is thoroughly enjoyable and just £1.79 for the Kindle edition 😀

This entry was posted on February 14, 2015 by David Harbinson in Maths and tagged counting, digits, maths, numbers.