I grew up in mid Wales, learning Welsh as a second language. I haven’t spoken it for about 15 years, but I might still be able to get by with basic conversation. There is some debate over how much influence the Welsh language had on English, but it’s probably safe to say, not that much. The same goes for the other Celtic languages. But with that said, there are still some words that are claimed to have come in to English through Welsh. 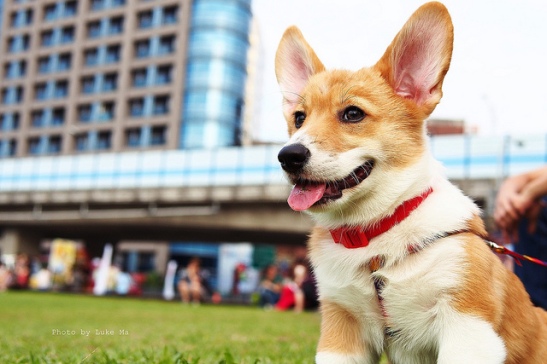 This one seems fairly straight forward and uncontested. The word corgi, as in the little dog, comes from Welsh. Cor means ‘dwarf’ in Welsh, and ci is ‘dog’. As with many other Welsh words, Welsh being a ‘phonetic language’, there is a mutation of the initial ‘c’ in ci to ‘g’ after the word cor, which gives us corgi.

Avon is the anglicisation of the Welsh word afon (in Welsh a single ‘f’ sounds like an English ‘v’ and a double ‘f’ (ff) sounds like its voiceless counterpart. The double ‘f’ in Welsh, incidentally, is counted as a single letter in the Welsh alphabet). There are a number of places in England, as well as further abroad, such as the US, that are named Avon.

Anyone familiar with the Detroit Lions (an NFL team, in case you didn’t know), may also be familiar with the name Fluellen. Andre Fluellen is a defensive tackle for the team. It’s a name I’ve heard several times, and when hearing it, it sounded like a typical English-speaking person trying to say the Welsh name Llewelyn. Turns out that’s exactly what it is. Fluellen is indeed just the anglicisation of the Welsh name. The name, written as Fluellen, actually appears in Shakespeare’s Henry V as the name of a character.

Ever wondered why we must use do in English when we make negatives and questions? It’s called meaningless for a reason, and it seems no other language has it. Well, that’s not quite true, there is at least one another. You guessed it. Welsh! Okay, so maybe this one is not vocabulary related, but rather grammar, but still potentially interesting nonetheless.

Admittedly, this is actually one I have heard of before and is something that linguist John McWhorter has talked about in video lectures and in at least one book. It’s something that proponents of a theory known as the Celtic hypothesis say helps to support their argument. The whole hypothesis sounds really quite interesting, and I’ve been meaning to get around to reading more about it, but I can never find the time. Ah well, perhaps I can save that for another post.

This entry was posted on March 13, 2015 by David Harbinson in Language and tagged avon, corgi, penguin, Welsh.