Earlier today, I was watching Mignon Fogarty’s (aka Grammar Girl) TEDx talk Who votes for new words? You do!. It’s a good talk, and she speaks about how English changes over time, and even though some people are resistant to change, it’s just normal development for a language.

In her talk, Grammar Girl talks about the origin of OK, which I found particularly interesting. It’s one of those words where I’ve never been sure whether it’s to be spelled OK or okay. There are a number of proposed etymologies of the word, as the Wikipedia page for the word shows. However, the origin described by Grammar Girl seems to be the prevailing one according to other sources, and to me seems the most likely. 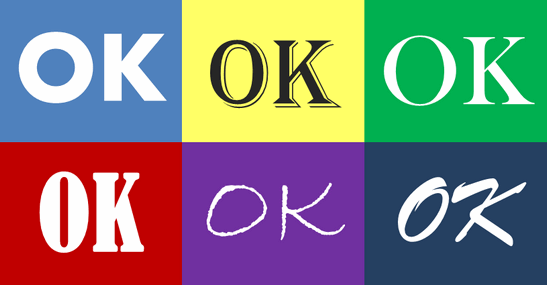 OK is actually an initialism of the phrase oll korrect. This phrase itself is an example of a joke misspelling, which was popular in the 19th century among writers, meaning all correct. The word first appeared in the Boston Morning Post on 23 March 1839 as o.k. The paragraph in which it appeared was part of a humorous story about a satirical bell-ringing organization, according to mentalfloss.com.

The “Chairman of the Committee on Charity Lecture Bells,” is one of the deputation, and perhaps if he should return to Boston, via Providence, he of the Journal, and his train-band, would have his “contribution box,” et ceteras, o.k.—all correct—and cause the corks to fly, like sparks, upward.

The Online Etymology Dictionary describes it as “a slang fad in Boston and New York c.1838-9”. The dictionary also describes a number of other initialisms for jokey misspellings, such as:

However, OK was the only one to stick and become the well-used word it is today. A possible explanation for its survival, according to a number of sources, is the (unsuccessful) presidential election campaign of Martin Van Buren in 1840. Van Buren’s nickname was Old Kinderhook, which is after the place in which Van Buren was born in New York. Van Buren’s supporters formed a club known as the OK Club. During the campaign, the word was used a lot, and some of Van Buren’s supporters falsely claimed that his predecessor, Andrew Jackson, who was known for having bad spelling, used it on documents to signify that everything was all correct.

Over time, people began to use the word on documents and telegraphs to say that there were no problems, and that’s why we still have the word today.

For more information, in addition to the links already provided throughout, you might like to check out this article on the BBC and Oxford Dictionaries account of the origin of the word.

This entry was posted on March 2, 2015 by David Harbinson in Language and tagged Grammar Girl, Mignon Fogarty, Ok.